The Highcliffe Residents Association is delighted to learn that council tax for the Christchurch area is set to be frozen in 2021/22. The Association is very aware that its members were truly upset when it was suggested that the tax was initially going to take up to six and seven years to harmonise between the three authorities after the new Bournemouth, Christchurch and Poole authority was set up.

A spokesman said, "We are indebted to our Christchurch Independent Councillors, as when they became part of the Unity Alliance Administration they made it a priority to harmonise the rates over a shorter period, because there was a large discrepancy of payment between the three towns. After they lost control of the council last Summer we were worried that the harmonisation might be slowed down. Our members were very vocal in expressing their concerns to us on this issue."

Bournemouth residents will see an increase of 0.76% and there will be a 2.99% rise in Poole - charging an average Band D home £1858.51. This includes demands from the police and fire services. As Christchurch also has a Town Council and Parish Councils, an additional precept will be added to all bills.

Proposals within the BCP draft budget include a £50million pandemic recovery fund and £10million to help children with extra needs, many of whom have been affected by the pandemic and have suffered from a lack of in-house teaching. We understand that £250,000 has also been allowed in order to run events to support the badly affected hospitality industry.

In Highcliffe and Walkford, our Parish Council has kept its 2021/22 precept slightly below the 2020/21 level, and HRA does of course welcome this, while at the same time recognising the very worthwhile work that our Councillors are doing on behalf of residents. We do thank them for their sustained efforts to improve our village and its environment. 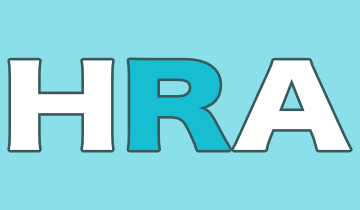 Residents Rally In the Face of Metered Parking Proposals

A plea for patience!